The risk of an Ebola outbreak in New Zealand is negligible, an expert on the virus says. 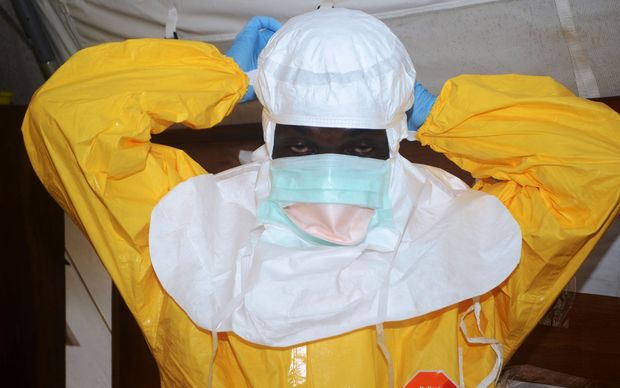 A member of Doctors Without Borders puts on protective gear in an isolation ward. Photo: AFP

The highly contagious disease has killed 729 people in countries across West Africa this year, including Sheik Umar Khan, who was treating patients in Sierra Leone.

One of Dr Khan's colleagues is British doctor Oliver Johnson, who said public health planning made it unlikely Ebola could prove a problem in New Zealand.

"Our infection control procedures in other countries, like in Europe and in your case New Zealand, they're so much stronger," he told Radio New Zealand's Morning Report programme on Friday.

"But it's very unlikely that that one case that landed in an airport, would spread to a major outbreak. It's almost negligible, that risk."

One of the major barriers to treating people in Sierra Leone was that not everyone believed in the virus, and some were reluctant to go to hospital, Dr Khan said.

Health systems in the affected countries were not well-enough equipped to deal with a major epidemic, she said.

The outbreak is being taken seriously now but there was a delayed response from governments of the countries hit by the disease, and from the international community.

The World Health Organisation has just announced it is launching a $100 million response plan.