A 17-year-old who pleaded guilty to the murder of a young Ashburton mother was sentenced to a minimum period of 14-and-a-half years in prison on Thursday in front of a packed public gallery.

Bronson Kelekelio, who was 15 at the time of the attack, last year pleaded guilty to the murder and sexual violation of the 22-year-old mother of one, Sina Solomona, in her home in December 2012. 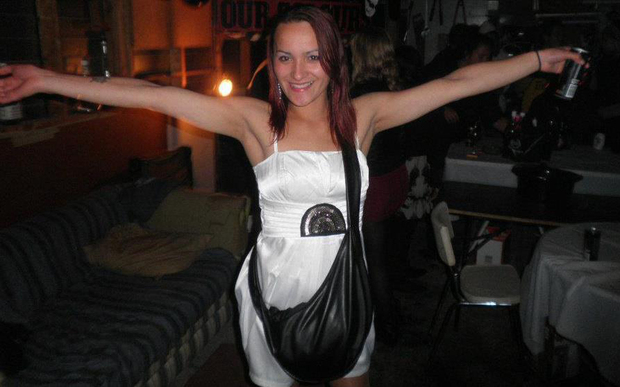 The Christchurch High Court heard from Justice Panckhurst how Kelekelio attacked Ms Solomona in her home in the early hours of a Saturday morning.

The court was told that Kelekelio went to Ms Solomona's house having consumed alcohol, and with two knives from a kitchen drawer in her house stabbed her 14 times and cut her throat, and sexually violated her with his fingers.

A later scene examination found extensive blood stains at the scene and on walls of the house.

In sentencing, Justice Panckhurst told Kelekelio while he took into account his guilty pleas, he could not consider these as evidence of acceptance or remorse, as he was back in a state of denial. The judge said he suspected this was a product of the enormity of the offence.

The families of Kelekelio and Sina Solomona were close, with the victim's family considering Kelekelio to be a "like a brother".

In a statement read by Crown prosecutor Andrew McRae, the victim's mother Amuella Solomona, said it was hard to face and enjoy life since it happened.

"Most of the time if there is nothing to do I'd rather be sleeping than staying wide awake, as I hate thinking or having to worry."

She said she wished Kelekelio had just told the truth from the start, and in her heart she knew it was him all along, because he kept changing the story.

Loretta Solomona said she could no longer be close to anyone, because she couldn't trust them, because she had trusted Kelekelio like a brother. She said he has deprived her family of a daughter, a sister and an auntie.

Kelekelio showed no emotion as the sentence was delivered, but a shout of "Yes'' was heard from the gallery.

Justice Panckhurst lifted Kelekelio's name suppression and said it was still not clear why he had attacked Ms Solomona. The only motivation he could see was sexual, he said.