Political parties are being urged to make rule changes that will stop savers being overtaxed.

The Fair Tax for Savers Campaign argues people are losing around half their KiwiSaver earnings to tax and those with term deposits are also paying more tax than they should be.

More than two million people are in the KiwiSaver workplace scheme and about 750,000 have term deposits.

The campaign is backed by the Financial Services Council, Age Concern, Consumer New Zealand and the Taxpayers' Union. 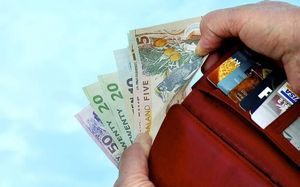 They say their recommendations could boost KiwiSaver funds by tens of thousands of dollars, and help lift the incomes of the elderly, many of whom rely on term deposits.

Campaigners want those with term deposits to be taxed only on the real interest rate, which excludes the inflation impact, not the nominal rate.

They argue the effective tax rate paid on KiwiSaver funds should be the same as the marginal income tax rate people pay on their other income.

Financial Services Council chief executive Peter Neilson said estimates show that could make a big difference to what people end up with.

"If you save for 40 years and you didn't pay an effective tax rate higher than your marginal tax rate over that period you would be $100,000-plus better off by the time you got to retirement."

Jordan Williams of the Taxpayers' Union said the measures would also help level the playing field for savers who are disadvantaged relative to those who invest in houses.

But the campaigners admit it will be difficult to convince MPs, because the changes would hurt politically influential property investors and debt-funded corporates.

Politicians have been unmoved in the past. The Tax Working Group recommended addressing these issues in 2011, while the Retirement Commissioner last year also backed taxing only the real part of interest.