An Auckland man has appeared in court charged with firing a gun at a police officer in the Bay of Plenty. 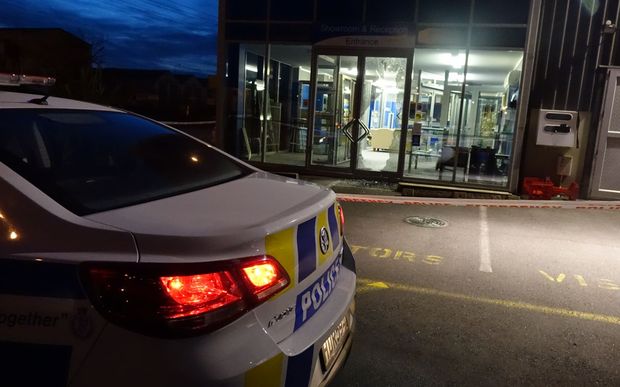 The scene where a man allegedly shot at police following a pursuit in Tauranga. Photo: RNZ / Natalie Mankelow

He faces one charge of using a firearm against a law enforcement officer but the police said further charges are likely.

Police said the incident occured near the Baypark roundabout late on Wednesday night.

They said they had earlier received a a complaint about 8.45pm about a vehicle on State Highway 2 near Katikati. Police said spikes were used to stop the vehicle in Tauranga, and a gun was then fired at three officers.

They said the driver then allegedly fled into a nearby lane and attempted to take vehicles at gunpoint.

Mr Falakoa has not yet entered a plea and was remanded in custody to appear again on 11 August.

Police inquiries into the incident are continuing and police said further charges are likely.