Auckland Transport says it is working around the clock to fix its new electric trains which have been taken of the rails due to a fault three months after their launch.

The old diesel trains are running instead on the Onehunga line, which is the first to be electrified, and there has been no disruption to services on Wednesday.

Auckland Transport chief operations officer Greg Edmonds said the problem appears to be with a power safety system but they haven't been able to pinpoint why it is happening.

Mr Edmonds told Radio New Zealand's Checkpoint programme there is no risk to passenger safety and doesn't know how long it will be until the new trains can be used again. 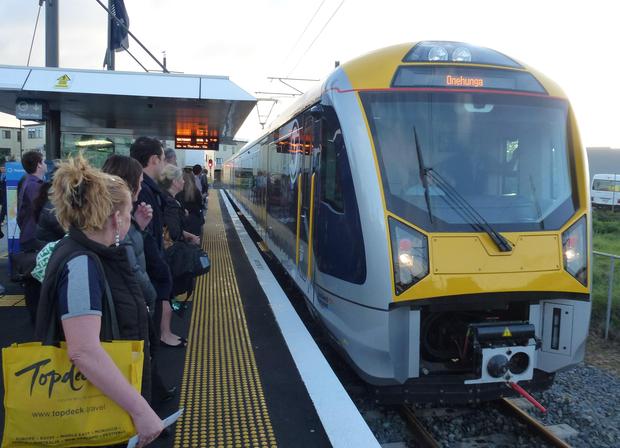 Electric trains at the Onehunga line have been replaced with diesel. Photo: RNZ / Todd Niall