Nelson's main route in and out of the city via the waterfront is poised for a major redevelopment.

The city council is asking for local residents to give their feedback on two proposals for Rock Road.

Both options would create more space for cyclists and pedestrians as part of a jointly-funded project between the council and the New Zealand Transport Agency.

Option one would upgrade the on-road cycle lanes and the footpath, at a cost of up to $13 million.

The other would create a shared four-metre-wide cycling and walking route on the seaward side of the road with a price tag of up to $15 million.

Both proposals would result in the seawall being expanded and a loss of parking spaces along the road.

Public submissions can be made from next week until 25 August. 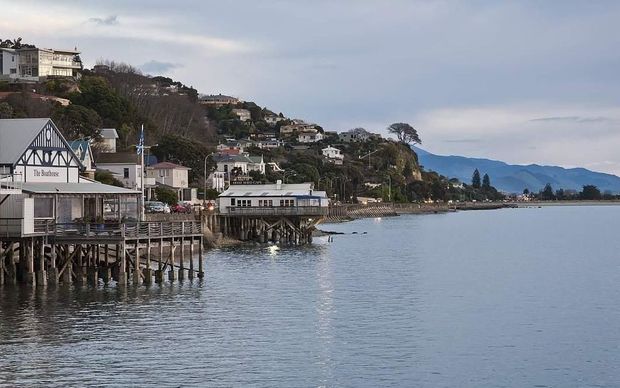 The proposals will result in the seawall being expanded on Rock Road and less parking. Photo: PHOTO NZ