MetService says heavy snowfall is likely to hit parts of the South Island, as well as the North Island, over the next couple of days.

It says a very cold, showery southerly flow will spread over the country on Sunday night and Monday.

Snow showers are expected over southern Fiordland, Southland, Otago and Banks Peninsula on Monday and continue into some places early on Tuesday.

Sleet is possible on the Desert Road overnight, turning to snow on Monday, with up to 30 centimetres expected near the summit.

One to three centimetres is expected on the Lewis Pass, while two to four centimetres on the Lindis Pass.

One to two centimetres on the Porters Pass is forecast, with the same amount near the tunnel on the Milford Road.

And on the Rimutaka Hill Road, 10 to 20 centimetres is expected from late Monday and Tuesday. 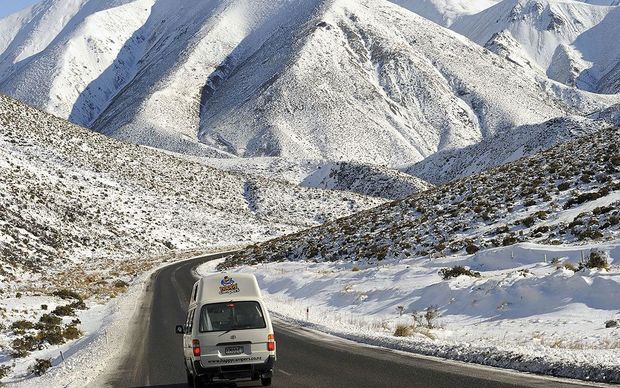 From Sunday night, snow down to 200 metres is forecast for southern Fiordland, Southland, Otago and Banks Peninsula. Photo: PHOTO NZ