Hundreds of people protested in Auckland on Saturday against the violence in Gaza. They laid olive branches to represent the Palestinians killed.

Police estimate about 500 pro-Palestinian demonstrators attended the rally, marching from Aotea Square to the United States Consulate General, where children laid one olive branch on the ground for each of the Palestinians killed.

Organiser Nadia Filistine said the protest wasn't only about the present fighting, but about life under Israeli rule in Gaza. 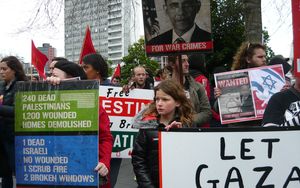 "My family live this reality every day - the reality of living under occupation in the West Bank, which is what they experience.

"It's not just bad right now, in a period of collective punishment, but it's bad every day - your basic rights are stifled, they face mass incarceration."

Ms Filistine called on the Government to cut diplomatic and trade ties with Israel until human rights were restored in Gaza.

More than 300 Palestinians have now died in almost two weeks of conflict, with both sides saying they are carrying out attacks to protect their people.

The United Nations says 75 percent of the Palestinians killed have been civilians, and they include many children.

The Israeli military says one of its soldiers has been killed, in an apparent friendly fire incident.

US President Barack Obama said he had spoken to Israeli Prime Minister, Benjamin Netanyahu, underscoring Washington's support for Israel to defend itself, but raising concerns about the risks of further escalation and additional loss of innocent lives.

Prime Minister John Key is urging both sides in the conflict in Gaza to find a diplomatic solution to the escalating violence there. He said negotiations were needed to defuse the situation, because the reprisal killings happening now were only leading to a further entrenching of positions on both sides. 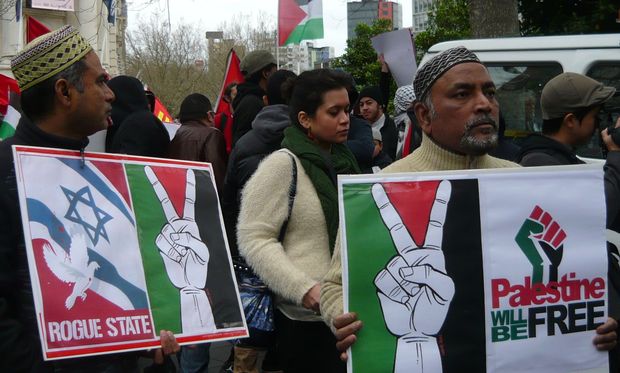