The manager who has been leading a troubled Auckland Council project which aims to improve lives in the city's southern suburbs has resigned. 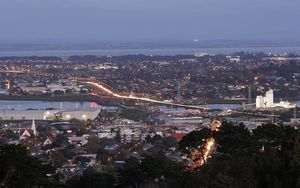 Mr McEnteer is leaving his position as general manager of the Southern Initiative, which is trying to transform poor urban communities by re-directing existing government welfare, education and health spending, at the end of the month. He was appointed in October 2012.

The ambitious project hit trouble at a meeting in May when the council pruned back a funding increase.

Mr McEnteer asked for a 10-fold increase, of nearly $2 million, in the annual budget but was instead offered about a quarter of what he wanted, or $500,000. The meeting was told that not all local boards backed the project.

Alf Filipaina, who chairs the group overseeing the project, said he did not believe Mr McEnteer was leaving with any ill feelings and had instead decided it was time for another journey.

"He didn't say to me 'Alf this has been crap and this is why I'm leaving'. In the time he's been there he's set up the office, he's ended up talking with the Government... he's done a hell of a lot."