Te Anau and Manapouri residents are crying foul over a plan to pump the town's sewage near the local airport and spray it onto 125 hectares of pasture.

Three independent commissioners are holding hearings into a $12 million plan by the Southland District Council that will take treated wastewater through a 19km tunnel to irrigate and fertilise pasture. 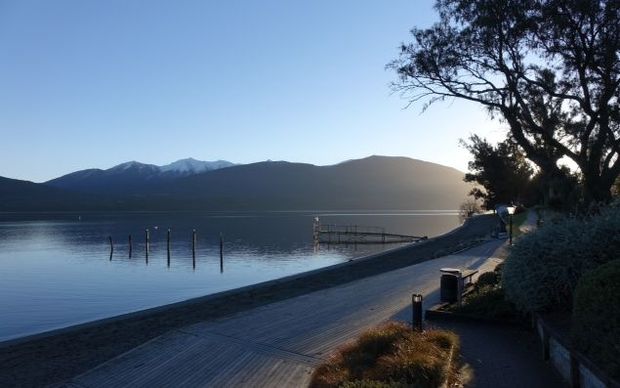 Those against the scheme say the council has not investigated other options, including upgrading existing sewage ponds.

Ruth Dalley, a Manapouri resident and member of the Forest and Bird Protection Society, doesn't doesn't want the scheme to go ahead because of the importance of the pristine Fiordland region to the tourism industry.

"They want to put it beside the airport and people flying in to Fiordland - a World Heritage Area - will be met by this sewage works and the smell," she said.

Part of the plan includes growing animal feed on the irrigated land, which the council will on sell to farmers, but Manapouri local Regan Smith says that idea is repugnant to many.

"They are proposing to cut and carry the bailage from the land and sell it to farmers for feed. But many of the farmers I've spoken to around here won't touch it."

Te Anau resident Ted Loose says the proposal to spray sewage so close to an airport is not only dangerous, but the council are refusing to listen to any alternatives, such as upgrading the existing treatment ponds so it can continue to be pumped into Lake Te Anau.

"The irrigators will stir up worm production on the land and that's attractive to birds. The chances of a bird hitting an aircraft is pretty great. Plus they haven't considered some alternatives, which are more cost-effective.

"The idea of piping sewage 22 kilometres down close to an airport is absolutely ridiculous and they're asking for a 35-year consent - it's just right over the top."

But the Southland District Council is standing by its plan, saying the environmental concerns are nonsense and the plan stands up to international best practice.

Services and assets manager Ian Marshall said the council had considered upgrading the existing sewerage ponds, as suggested by some residents.

"That's one of the options that was considered - but in order to achieve the quality that would be needed, the cost is roughly twice the estimate cost of this proposal."

Of the 200 people living in Manapouri, more than half have sent in submissions opposing the scheme.

However, resident Irene Barnes is in favour. "It's all been very emotive. But the wastewater is treated, it's almost like pure water. In London, you'd be drinking this treated water."

Those against the scheme say they will fight it all the way to the Environment Court. The hearings are set down for the rest of this week.