Civil Defence staff are on the alert in storm-battered Northland, as more heavy rain and high winds are forecast. Rural settlements are cut off by floodwaters and hundreds of people face a fourth night without power.

A heavy rain and wind warning is in force for the region until 9am on Saturday and Civil Defence is monitoring conditions as communities from Kaitaia to Kawakawa brace for flooding. Power companies warned residents they should prepare for the possibility of widespread cuts overnight. 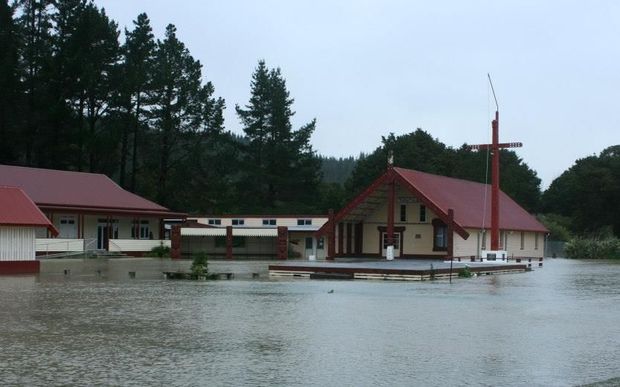 Near Kaitaia, the river is over the main road at Fairfield late on Friday night, and there are fears it could flood in the town if the rain is intense.

The Far North District Council's Civil Defence officer, Alistair Wells, says people in flood-prone spots have either moved out or hunkered down, ready for a rough night. Police, the Fire Service and district councils have all rostered extra staff on to keep watch as the record five-day storm delivers its parting shot.

The MetService says the front moving onto Northland may produce localised downpours of 40mm an hour - along with the risk of a small tornado. It's warning of gale-force north-easteries and severe thunderstorms, mainly in eastern areas.

MetService says if any tornados occur, they'll affect very localised areas, but may cause some structural damage including damage to trees and power lines. It says the front should lie over southern Auckland by midday on Saturday and the rain should ease to showers in Northland by the afternoon.

The fierce storm which began on Tuesday has already caused millions of dollars of damage, Civil Defence said. Floods and power cuts have made some treatment plants useless and Civil Defence officials say contaminated drinking water could be a concern in the coming days.

About 1600 customers are without power and many are in communities cut off by floodwaters, making line repairs difficult. Top Energy said 1000 of its customers don't have electricity on Friday night, but most should have power restored by Saturday, or Monday at the latest.

Phone and internet services have also been badly hit, with 12 Telecom and nine Vodafone cellphone towers out of action across Northland. About 3000 people were without landlines or internet on Friday.

At least 500 people have been cut off in rural settlements south of the Northland town of Kawakawa on Friday night. The communities of Motatau, Matawaia and Opahi have been isolated since the storm began, without phone, power or internet.

Civil Defence volunteer Mike Butler said six families had to leave their properties in Otiria Road near Moerewa on Friday afternoon as streams converged around them. Floodwaters lapped at the doors of the Otiria marae and whanau moved the contents to safety.

Mr Butler said two people from the settlement of Opahi had to walk 25km to Moerewa for groceries.

Motatau elder Kevin Prime said the valley is used to floods and they're usually short-lived, but four days without power is creating hardship for some. 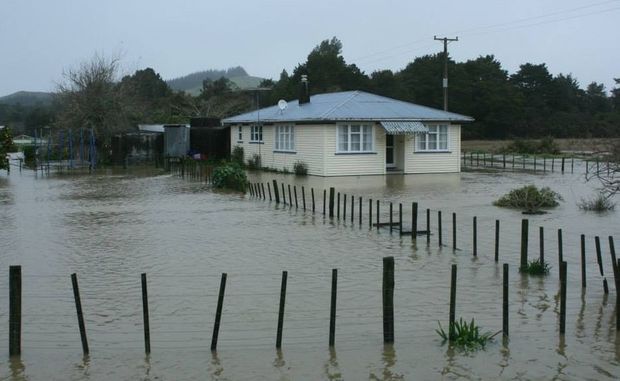 Residents in Otiria Road have been forced to leave their homes. Photo: Mike Butler

Damage in the 'millions'

Civil Defence controller Alistair Wells said it was the duration of the storm that was causing problems and the eventual cost to the region would be millions of dollars.

"In terms of flooding events we've had, in isolated areas, more serious ones in recent years but the consistency across the district and the duration of it is the point of concern at the moment."

Mr Wells told Radio New Zealand's Checkpoint programme on Friday more rain on already sodden ground will only make matters worse and could case flooding and more trees to fall. He asked people not to travel if they could possibly help it and to contact Civil Defence early for help on 0800 920 029.

People in the region, particularly the Far North, are being advised to conserve water in case there are problems with the supply.

District council spokesman Bill Hutchinson told Morning Report some of the pumps, particularly in Kawakawa, were completely under water. Contingency plans were being put in place and the council was working with the Fire Service to access the more difficult rural areas affected.

Northland's rescue helicopter trust said it could help out people stranded by floodwaters - but it hasn't been asked by Civil Defence.

Police are asking motorists to drive with extreme care and not venture out unless they have to.

Dozens of roads across Northland remain closed on Friday night, including two State Highways, while others have been damaged by rain.

About 50 council roads between Whangarei and Kaitaia are closed due to floods, slips and fallen trees.

Kaeo resident Geoff Stone, who commutes to Kaitaia for work, said the roads are getting softer by the day, but heavy vehicles including logging trucks are still using them.

Mr Stone said potholes are developing in many places, posing a sometimes invisible risk and he spent several hours this week helping a driver who'd hit a hole and blown several tyres. 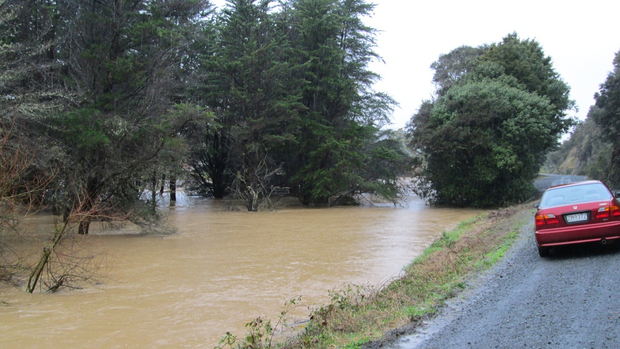