In Wellington, dozens of mostly Argentinean fans watched the World Cup semi-final match at The Grand Bar on Courtenay Place.

They were on the edge of their seats for most of the match which was dominated by tight defensive play and was deadlocked goalless at full time and the end of extra time. 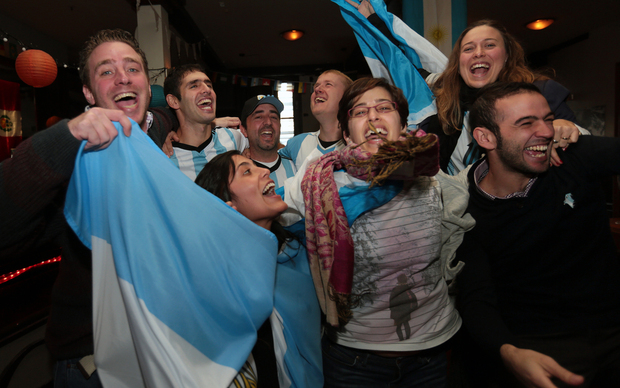 Argentinian fans in Wellington celebrate victory against the Netherlands in the semi finals of the 2014 Football World Cup. Photo: RNZ / Diego Opatowski

But it was during the penalty shoot-out, that saw Argentina out score the Dutch by 4 goals to 2, that the South Americans let out the loudest roars.

Fans hugged each other, drank champagne and some even cried. "I can feel my heart, it's beating, beating, it's amazing I can't believe it"

Another fan, in tears, said "Yes! 24 years we have been waiting for this!"

New Zealanders bet $1.24 million dollars on the game according to TAB. It said that's the biggest amount of the tournament so far.

The final between Germany and Argentina is played on Monday morning. 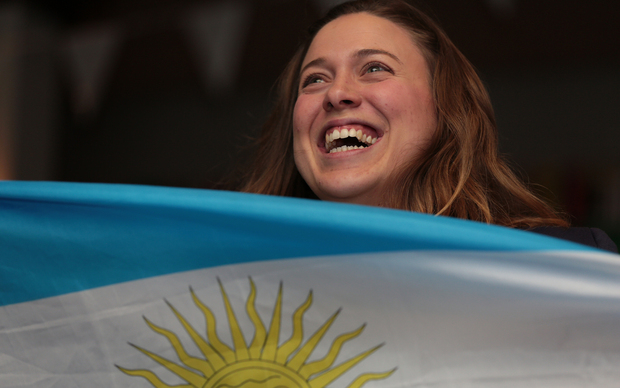