Three yachties say they are beyond thankful for the efforts of a New Zealand Navy diver who put his own life at risk in rough seas to rescue them.

The 11-metre Django was returning to New Zealand from Fiji and put out a mayday call on Tuesday its rudder become detached north of North Cape and the yacht was in danger of sinking. 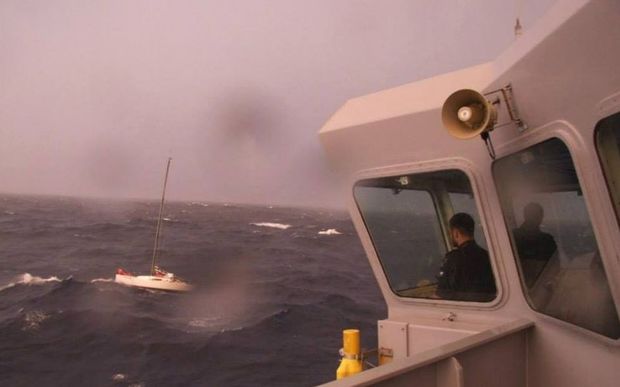 The view of yacht Django from HMNZS Otago's bridge as the ship considers the best way to effect a rescue. Photo: NZ Defence Force 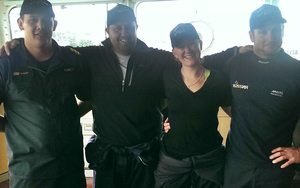 Navy patrol boat Otago was sent to pick up the crew of Rebekkah Hielkema, Ben Costello and Andrew Cooke, but the seas were too rough for it to pull alongside the stricken craft. Lieutenant Simon Wasley jumped into the water to help the crew onto a liferaft.

Lieutenant Commander Tim Garvin said at one stage, the Otago was in danger of rolling onto the yacht. He said the yachties took to a liferaft and a line was attached so they could be hauled in to the patrol vessel.

"Our initial plan was to bring them right along side the ship to recover them from our ladder, at that point they decided that it was unsafe and let go of the tether. We then put a swimmer in the water to recover the three personnel individually which we achieved safely."

Rebekkah Hielkema said it was a huge relief to see Lieutenant Commander Garvin.

"The best looking man I've seen for awhile, that's for sure. He was cleanly shaven at least! Andrew said to him, 'Jeez what'd you do, how come you pulled the short straw?'"

Ms Hielkema said it was amazing to see the ship making its way towards them. 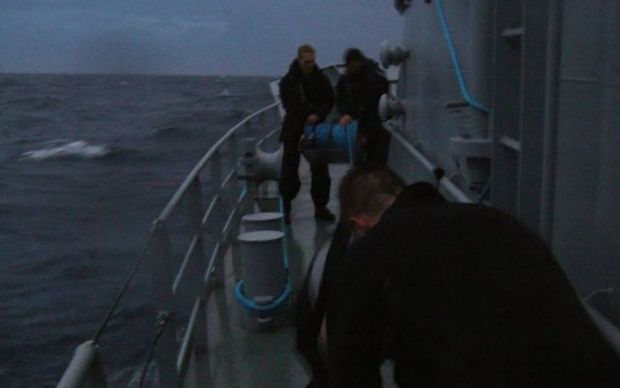