A New Zealand yacht has been abandoned north of the country and its crew rescued by a Navy frigate after being hit by five-metre seas and 50-knot winds on its way back from Fiji.

The three crew called for help and set up the liferaft while keeping in touch with rescuers in New Zealand.

The frigate Otago was in the area and reached the Django on Tuesday evening.

The crew of the Django made what's described as a hairy but successful transfer on to the patrol ship, which will arrive back in New Zealand on Wednesday.

The boat was still floating when skipper Ben Costello, Bex Heilkema and Andrew Cooke abandoned ship but large cracks were appearing in the hull. 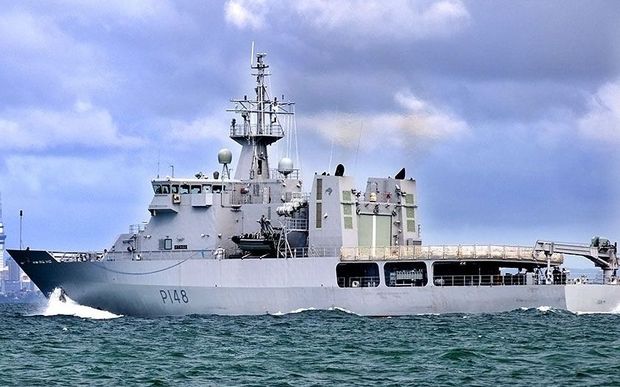 The Otago was in the area and rescued the crew. Photo: PHOTO NZ