Repairs to the pipeline supplying water to Bluff are underway, with one day's supply remaining in the town's reservoir. 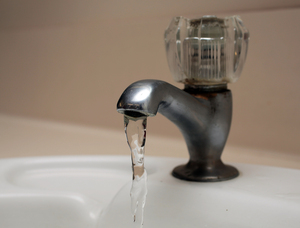 Resident are asked to watch water use. Photo: RNZ

The first of two failures in the pipeline happened due to the concrete supports for the pipes sinking into the ground overtime, slowly distorting the pipline until it burst for the first time on Tuesday morning.

Alister Murray said Bluff residents are being conservative with their water, which should hold them over until levels are back where they need to be.

Mr Murray said even if the pipeline is repaired by the end of Wednesday, it would take another 24 hours for reserves to return to a safe level.

Residents are asked to take short showers, limit toilet flushing and wait until Friday to do laundry.