Taupo man Benjamin Severne, who was trapped on a ledge above a 45-metre drop for days, believes he would be dead if rescuers had not arrived when they did. 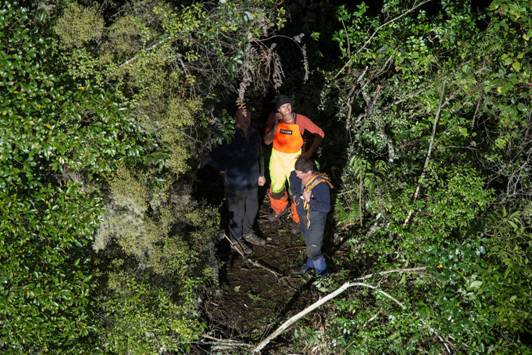 A major search was launched for Benjamin Severne, 48, after he went missing on Wednesday. 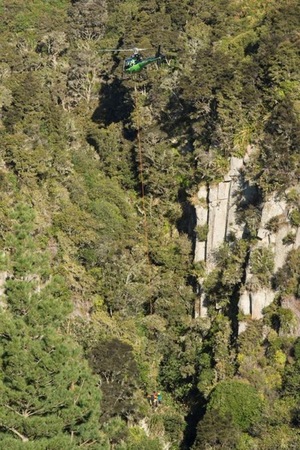 Police say Mr Severne wanted to cut a track so he could go hunting on his horse. They say heavy rain, low cloud, wind and the terrain made it a challenging search.

About 45 people searched for him and rescue volunteers were called in from as far away as Waihi to help Mr Severne's family.

He was eventually found on Saturday by his friend Brett Cooper on a ledge near a waterfall and pulled to safety with a longline from the Greenlea Rescue Helicopter.

Mr Severne told Radio New Zealand's Morning Report programme that by that time he had begun to lose hope, and his friend and searcher arrived just in time.

"Thinking to myself, I'm going to make it one more night. That's it. I'm starting to shake, my heart's starting to get sore.

"And then just as I'm having that, probably the lowest point of them all, about ten minutes later around the corner walks Brett Cooper."

Mr Severne's family were relieved he had been found alive and well.

His sister Charlotte Severne said he had an accident and was knocked out for a time.

Greenlea Rescue Helicopter pilot Nat Every was the one who winched him off the ledge to safety.

"My understanding is he'd made his way down a river and at the bottom there was a waterfall, I think that drop at the waterfall is quite decent and he was unable to make his way up the way he'd come or down from there and so he was trapped really."

Mr Every said that was where he stayed for a few days until one of the dog teams found him.