A public health researcher says the Government's new health-star rating system for labelling food is a great start, but does not go far enough.

The Government on Friday announced it will join Australia in introducing a voluntary scheme that awards up to five stars based on an item's overall nutritional content.

A researcher from the University of Otago Ninya Maubach said better nutritional information on food labels was definitely needed.

But she said it was important labels were consistent and, if a new system was introduced, it should be made compulsory.

She said more research into the relative benefits of different types of labels, particularly the traffic-light system used in Britain, was needed.

Food manufacturer Sanitarium says it supports a new health-star rating system for food labels and will add it to all of its products in New Zealand and Australia. 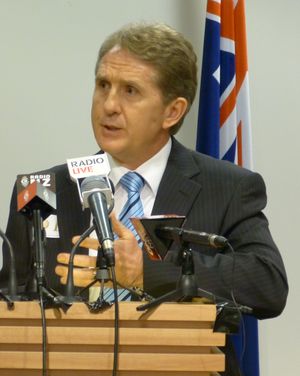 "Currently it can be confusing to some consumers to find all the details on the nutrition panels and the new health star rating system takes a look at the whole product, rather than just one or two isolated nutrients."

Mr van Heerden said the cost of the switch would be low as the company would change to new labels as its old labels ran out.

The Food and Grocery Council which represents the wider industry in New Zealand said it was confident a significant number of other manufacturers would also sign up.