Police say the driver of a car rear-ended by another car sped off, with his vehicle glancing off two parked cars and ploughing into the building.

Mayor Ross Church said it was lucky no one was in the room at the time.

"If it had happened this morning it would've been a very serious incident, because there would have been seven or eight staff sitting exactly where the car came through the wall.

"Fortunately there was no one in the chamber, but there was a lot of damage to furniture, the wall has obviously been demolished. So it could have been a lot worse." 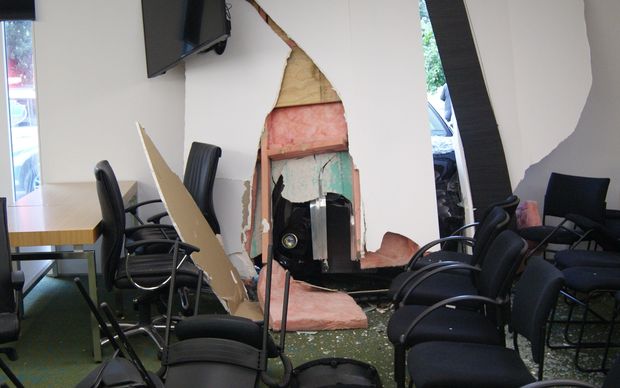 The building has been badly damaged. Photo: SUPPLIED