A small primary school in the Far North school has become the first in the region to switch to solar power.

Peria School, a decile 2 primary with 31 pupils, officially launched its new solar power system on Monday with a community lunch and a ribbon-cutting by the Green Party co-leader Russell Norman. 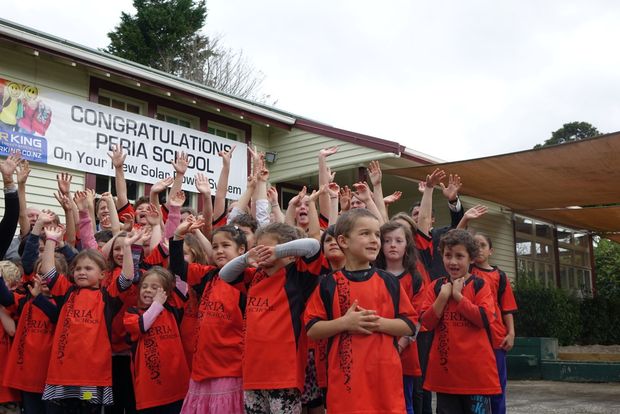 Principal Jason Tane said the school had been power bills of $800 a month to Contact Energy.

Mr Tane said the school was looking for a cheaper rate and a more environmentally-friendly power company but could not get a significantly better deal from any of Contact's competitors.

After researching alternatives, and getting Ministry of Education approval, the school signed up with a company called Solar King, he said.

The company offered a 20% discount and a commission of $500 to the school for any household in the Peria community that also made the switch.

Pub Charities came up with a grant of $10,000 and the solar power system was installed in the school this month.

A parent representative on the school's board, Rebecca Tane, said the move was common sense.

She said the school would enjoy free electricity and the solar power system would earn revenue by generating electricity for the national grid at weekends and in the summer holidays.

Solar King director Roy Maddox said there had been a surge in demand for solar power since the entry of Chinese manufacturers into the market halved the cost of components.

Soaring power prices, especially in the Far North where housholds are paying up to 40 cents a kilowatt hour, are fuelling household demand especially among retirees, he said.