Any moves to dredge Christchurch rivers to prevent further flooding will pose an ecological risk and could stir up 150 years of toxic sludge, a water management specialist says.

There have been repeated calls from the public for authorities to dredge the Avon and Heathcote rivers as a flood protection measure.

However, Professor Jenny Webster-Brown, who is director of the Waterways Centre for Freshwater Management at Canterbury University, said those rivers contained areas of sediment which had been building since the city was colonised.

The greatest risk was to the ecology and short-term health of the rivers, she said. There were other unknowns, such as the effect contact with the dredged water would have on people because there was little data on metal contact and human health.

It was important to remember any river dredging would have a direct impact on the ecology of the estuaries, Prof Webster-Brown said.

"Because things that go down a river, particularly sediment, end up in that estuary, they fall out of the water in that estuary, so if you are dredging in the city, there will be an effect on the estuary," she said.

"Sediment that's re-suspended in the water during the dredging process will likely end up in the estuary." 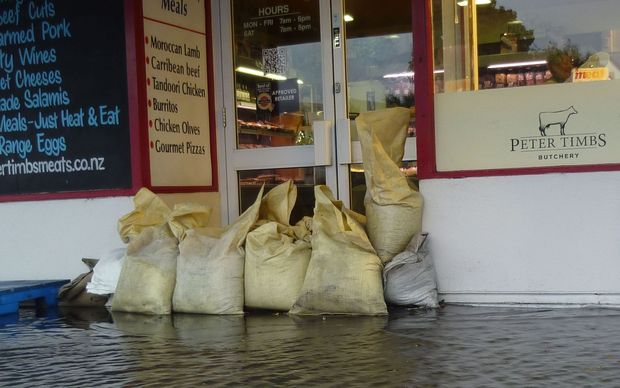 There have been calls to dredge the rivers to prevent further flooding. Photo: RNZ