Victoria Cross recipient and former SAS soldier Willie Apiata is the most trusted New Zealander in 2014, according to an annual survey. 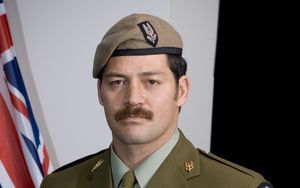 It is the fourth time Mr Apiata has topped the Reader's Digest survey, which rates the trustworthiness of well-known people.

Northand doctor Lance O'Sullivan was the second most trusted person, while All Blacks captain Richie McCaw was the third.

Mana Party leader Hone Harawira is last in the list of 100. Prime Minister John Key is at 86, New Zealand First leader Winston Peters at 96, while Labour leader David Cunliffe is at 97.

The survey was conducted by a research company that asked more than 600 people how much they trusted a list of well-known New Zealanders.