The manager of Dunedin stadium says he makes no apologies for a heavy tackle dealt to a streaker at the packed rugby test between the All Blacks and England.

A security staff member, who is a member of the Crusaders development squad, brought down a nude Adam Holtslag as he walking on the pitch with a flying tackle from behind on Saturday night. 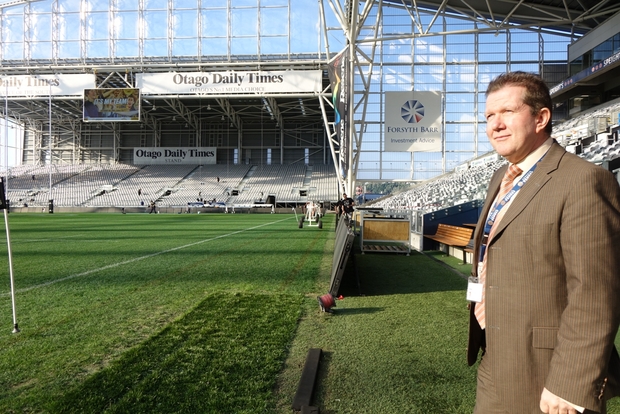 Footage of the event has spread quickly on the internet, and the tackle has been criticised in online comments as being of unreasonable force. Video of the incident on YouTube had been watched about 370,000 times by Monday.

Dunedin Venues Management discussed the incident in a review on Monday morning. Chief executive Terry Davies said that Mr Holtslag was in the wrong - not the guard.

"We handled it as per plan. It was unfortunate that he'd (the streaker) stopped and it looked so bad - he's not injured. He was going about what was planned ... in terms of execution of plan and we will support that."

Dunedin Venues said it understands Mr Holtslag was sore but otherwise not hurt. He is facing charges for offensive behaviour and has been banned from the Otago stadium for two years.

Crusaders coach Todd Blackadder said the security guard was just doing his job protecting the safety and welfare of players and would not have meant to hurt the man.

"The reality is the guy shouldn't have been out there. If you are going to be stupid enough to run out there, then you're fair game."