John Key has effectively ruled out any future New Zealand participation in military intervention in Iraq. The Prime Minister is in the United States this week and will meet with President Barack Obama.

He told Radio New Zealand's Morning Report programme on Monday it was extremely unlikely that US President Barack Obama would request New Zealand's military help, but in any case he would be making it very clear it was not something the Government was terribly interested in.

"You never know what happens two years, three years, four years from now, but I really genuinely believe it his highly unlikely that would ever happen from a New Zealand point of view now." 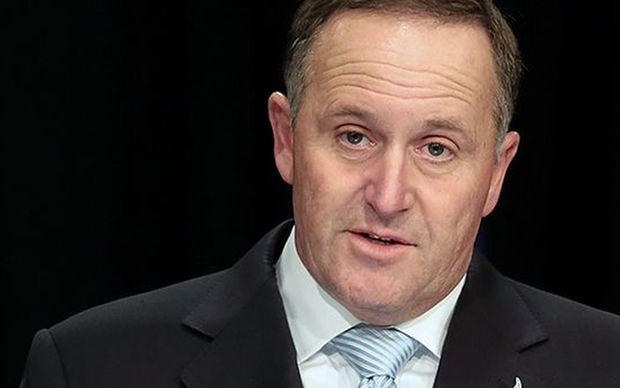 However, Mr Key did not give a blanket 'No' to military assistance in the conflict.

"I'd give him (President Obama) the same response I think we always do, which is New Zealand would always listen to requests for multi-lateral support.

"But...while we understand completely the challenge of the situation and the very difficult position everybody finds themselves in, that's not a place New Zealand wants to be.

"You can ask an open-ended question and you can read things into it. but While we weren't in Iraq, we've been in Afghanistan and we've paid a heavy price for that and it's not something we're looking to repeat in a hurry."

The New Zealand Government has said it is very concerned about the advance of ISIS (Islamic State in Iraq and Syria), and its capture of two of the country's cities - Tikrit and Samarra. But John Key said he did not think military intervention was a favoured option.

"In reality, everybody, from the United States downwards thinks that is the less-preferred option, and certainly the president (Barack Obama) has ruled out some sort of 'on the ground' military response.

"The US is in the process of essentially finishing its campaign in Afghanistan. You know, everyone remembers back to the conflict in Iraq and the enormous loss of life, and the huge cost to the US, and fundamentally you've got to believe that President Obama is an awfully long way from ever wanting to go back into Iraq. "

Mr Key did not dismiss the option of humanitarian aid from New Zealand at some point in the future.

"Yes, there's always the possibility in fact the probability with enough sort of suffering that we're seeing that New Zealand would want (to contribute), probably through NGO's."

Iraqis living in New Zealand said they feared for their families who remained trapped and terrified in their homes as the crisis deepens.

They said it didn't seem possible for things to get more dangerous in their homeland, but now they feared the worst.

Hussam Razzaq, a scientist in Christchurch, said his extended family in the capital, Baghdad

are resigned to whatever outcome befalls them, as they have nowhere to go. He said a civil war would cause a bloodbath.