A group of business owners who are fighting for $5.5 million compensation of the Rena disaster were due to go into mediation with the company's insurer, the Swedish Club, on Monday.

The container ship hit the Astrolabe Reef and sunk off the coast of Tauranga in 2011, creating a significant oil spill rated as one of New Zealand's worst environmental and maritime disasters. 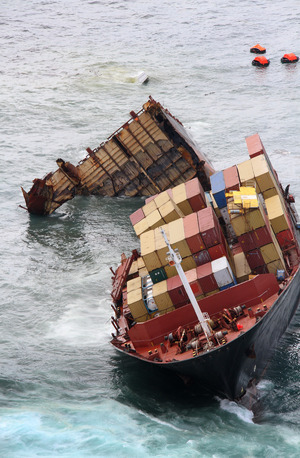 The Rena - aground on Astrolabe Reef. Photo: SUPPLIED

Almost three years on from the sinking, 53 marine and tourism businesses who formed the Business Action Group Rena are still trying to get money they say they are owed.

Maui Ocean Products owner, Simon Marshall, said they expected the insurers to offer a small amount of compensation - but it wouldn't be anywhere near what they actually lost.

The Rena's owner Costamare said it had set up an $11 million limitation fund for compensation, which was the highest amount allowed under New Zealand law. It said it had gone beyond its strict legal obligations.

Mr Marshall, who supplies commercial and recreational boaties with equipment, claimed $120,000 in direct losses, and was expecting a David and Goliath battle.

The Business Action Group Rena alleged the Swedish Club wanted to have all land-based insurance claims struck out.

And it said this meant that only businesses who could prove they were directly affected by the oil would retain standing in the action. 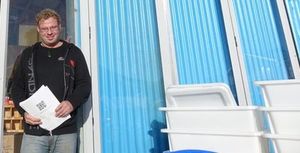 Nevan Lancaster, who owns kayaking business Mount Cats and Yaks, claimed up to $7000 after he had to shut down for two months.

He said getting the information and money together to go forward with the claim had been difficult.

But Mr Lancaster said he can't give up.

At another of the small businesses seeking a payout, Papamoa Beach Holiday Park, owner, Bruce Crosby, told Morning Report that whatever he was given, after costs, probably wouldn't amount to a fifth of his claim.