Residents who have been without power since the damaging storm that hit Auckland five days ago now have their electricity restored.

Crews are still working to fix hot water issues throughout the region.

Vector says that Kelston and Glen Eden have their hot water back, and they will be working on other affected areas soon. 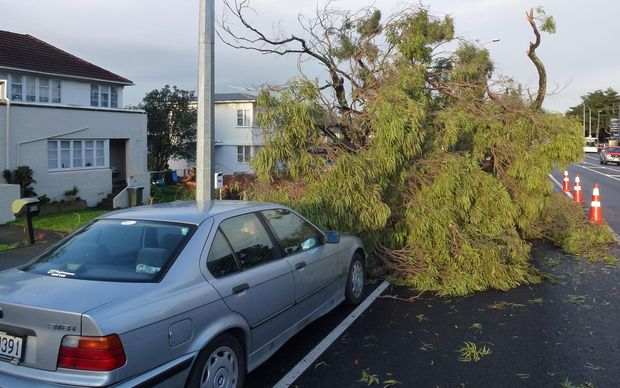 Trees came down on the North Shore during the storm earlier this week. Photo: RNZ / Todd Niall