Public servants rallied outside government buildings in Auckland, Wellington, and Christchurch today as part of a two-hour strike over wages.

Employees of the Ministry of Business, Innovation, and Employment were flanked by members from their union, the Public Service Association, as they protested at the ministry's offer of a zero to 1 percent increase in pay. The PSA is asking for a 2 percent rise across the board.

PSA national secretary Richard Wagstaff said the offer was hypocritical given the Government is constantly talking up the economy and saying things are getting better.

Mr Wagstaff said more protests would follow if a better offer was not made soon. 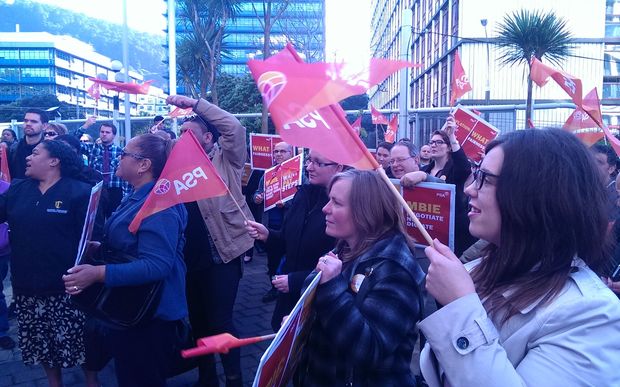