The Christchurch City Council on Thursday voted unanimously to support principal Tony Simpson's request for a two-year reprieve from merging with Woolston School.

Education Minister Hekia Parata announced in April this year that the school would merge with Woolston School as of next year, under the Government's post-quake overhaul of the region's education system. Her decision followed months of legal battles to keep the school open.

Mr Key, speaking at the opening of a new school in the Pegasus sub-division, said parents of Phillipstown pupils should look at that instead.

"Because this school costs about the same as what the new merged school will cost that Phillipstown is merging with," he said.

"And I think, in the end, if they really objectively walk around here and have a look, they'll probably realise that a new school will serve their children and the children of that area better."

The Christchurch City Council chambers were packed on Thursday as Mr Simpson asked for the council's support to go to the Government to seek a two-year reprieve from a decision he said was forced upon the school against its will.

"Ninety-seven percent of our community rejected this proposal when it was first put forward. Things haven't changed.

"The consultation process has been deemed unlawful. It is ill-timed and it is not in the best interests of our children."

A two-year reprieve would allow time for a further review, Mr Simpson said. 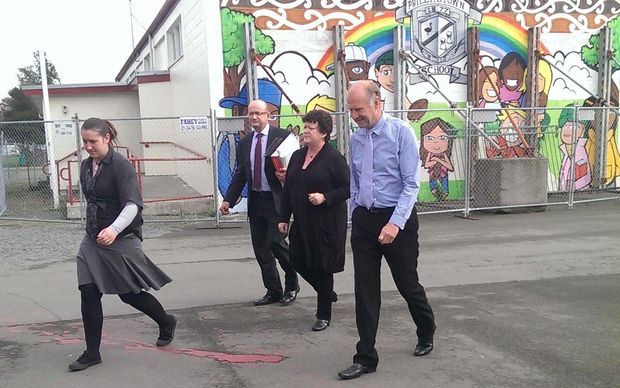