Police are defending the level of staffing and number of patrols in Henderson after local shopkeeper Arun Kumar was killed in his west Auckland dairy.

Emergency services were called to the dairy about 7.30am. Police said when they arrived Mr Kumar appeared to have been stabbed. Ambulance staff tried to revive the 57-year-old, but he died at the scene. 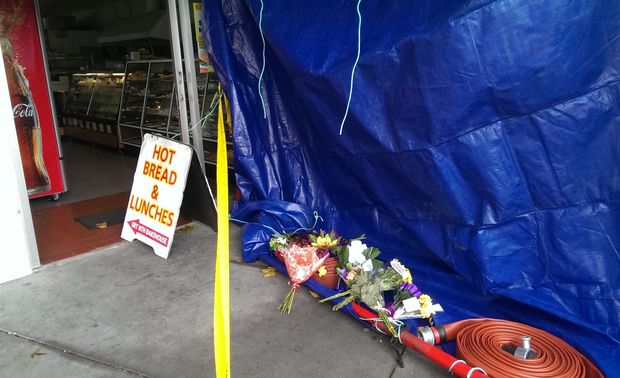 A Henderson business association says it has warned authorities for years about safety in the suburb and some local shopkeepers have said police aren't doing enough to keep the area safe.

Acting area commander Inspector Rob Cochrane told Radio New Zealand's Checkpoint programme that since January this year, patrols have been stepped up to specifically look out for trouble.

Mr Cochrane said it is important that retailers and others in the community report any problems.

But Dean Thompson, the head of the Henderson Central Retailers Association, said on Wednesday that the Auckland Council and police need to increase security measures.

Mr Thompson said they have been asking for a dedicated community constable for the area for years, and at the moment the area has only one truancy enforcement officer.

"We're happy to supply the accommodation, supply the office for them to be based - but it needs to have a police presence."

Local business owners said they are not surprised that young people have been linked to the dairy attack. Many have said that they are robbed frequently, shouted and sworn at and punched.

Two businesses spoken to by Radio New Zealand said they have changed their hours - opening later and closing earlier - to avoid confrontations.

Virender Singh knows first-hand how risky owning a small business can be. He was stabbed by two youths at his Otara Liquor Store in 2008. He told Radio New Zealand that hearing news of Tuesday's attack was painful and brought back terrible memories.

Mr Singh said he sold his business two years ago because he was sick of being attacked by young people. He is now a truck driver and said he feels much safer. 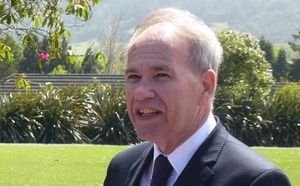 Auckland mayor Len Brown visited Henderson on Wednesday and said he would be speaking to police about their patrols and presence on the main street.

Mr Brown said he offers his deepest sympathy to Arun Kumar's family. He told reporters he doesn't want Mr Kumar's death to be in vain, and there is a need to focus on making the community stronger.

"We don't want the passing of Mr Kumar as necessarily the catalyst for that - but as I've said, in the very darkest of times can give rise to the very best. So I'm here to give the people of the west side an assurance."

Mr Brown said he is talking also to Maori Wardens. They will engage with the community youth network, young people who are at school and those who are not, and talk to public transport authorities about the local train station, which is a hub of the community.

The council would also be checking up on the organisation that manages truancy services.

Police Minister Anne Tolley met with Inspector Rob Cochrane on Tuesday. She said she cannot direct commanders where to put patrols, but trusts them to do the best for their communities. Ms Tolley said foot patrols in Henderson have almost trebled since 2009 to 1474.