A 13-year-old boy is to appear in court charged with the murder of Arun Kumar, who died in his west Auckland dairy after being attacked.

Officers were called to the Railside Dairy on Great North Road in Henderson about 7.30am on Tuesday and found Mr Kumar with what appeared to be stab wounds to his neck. Ambulance staff tried to revive the 57-year-old, but he died at the scene. 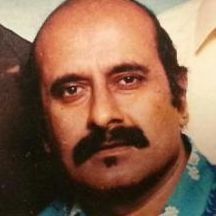 Mr Kumar's wife was in the dairy at the time of the stabbing, but not injured, and has been treated for shock.

The boys are staying at a secure Child, Youth and Family facility overnight and were to appear in the Waitakere Youth Court on Wednesday morning.

Detective Inspector Bruce Scott said they are known to police and it is shocking people that young could be involved.

Mr Scott said it's not known what was being targeted at the dairy in the busy shopping strip and nothing was taken. Police are continuing inquiries.

"There are quite a few people that are out and about at 7.30 in the morning and prior to, so we're talking to some of those people that have made themselves known to us," he said.

"But others that were within the vicinity of Great North Road around Railside Dairy probably between 7 o'clock and half past seven, we'd desperately like to talk to."

A post-mortem would be carried out on Wednesday. 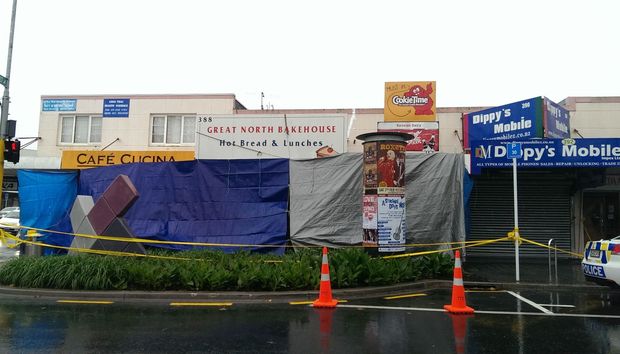 The scene of the stabbing in Henderson. Photo: RNZ / Nicole Pryor

Auckland's deputy mayor says the fatal stabbing is shocking, but doesn't think the area is unsafe.

Penny Hulse lives in west Auckland and knew Arun Kumar personally. She said several killings in the area recently including in nearby Ranui have shocked residents, but don't indicate a crime wave.

"Serious crimes ... has come down hugely since 2007. We've had three very sad incidents including this one over the last few weeks, all separately their own tragedies. But these are the kind of things that can happen all around New Zealand."

Ms Hulse said she has spoken to police about how to reassure residents, but doesn't believe that more patrols are needed.

Detective Inspector Bruce Scott said police know that the community will be concerned, but the suburb already gets considerable attention.

"The Henderson CBD is one area that we have staff regularly patrolling. I would hate to think that the public are fearful for their safety. Although given this random event, clearly they have concerns."

Some business owners near the Railside Dairy said they open their stores later and close earlier as they are becoming increasingly worried about their safety. They described Arun Kumar as a quiet family man and are stunned and shaken by the attack.

Bernie Allen, a lawyer with chambers nearby, said he had worked in the area for decades and while there were often young people gathering there, he had not seen violence like this.

Mr Allen said Mr Kumar and his wife were a lovely couple and it's a very sad day.

Wen Zhi Han works in a bargain store nearby and said he'd had had items stolen from his shop and been threatened. Other shops have the same problems, he said, but he has given up calling police as nothing happens.