Paget will return to action in England next week after international equestrian authorities lifted his provisional suspension pending the release of their full ruling. 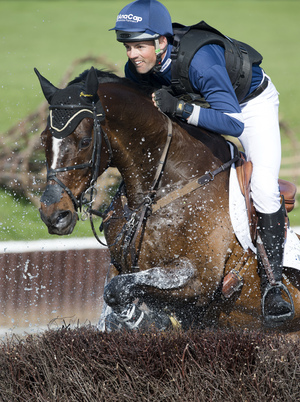 Jock Paget on Clifton Promise at the Badminton Horse Trials in May last year. Photo: AFP

He had his Burghley title stripped after his horse Clifton Promise failed a post-event drugs test last September.

Paget said while it is good outcome to have the suspension lifted, he won't celebrate until the full ruling is released.

"I am preparing right now as if I'm going to the World Championships because, I have no choice."

Paget feels his record with Clifton Promise should be enough for his selection for the World Championship team.