A last minute try has given the All Blacks a last gasp win over England by 20 points to 15 at Eden Park.

New Zealand's 14 match winning streak was in danger of coming to an end before a late try from Conrad Smith secured the win.

It was a rusty first test for the All Blacks against a largely unheralded English line up.

Three penalties to Aaron Cruden were matched by England's Freddie Burns to lock the scores 9-all at half-time.

The All Blacks struggled to get their attack going in the second half and the scores were tied at 15 all late in the game.

New Zealand turned down a shot at goal to take the lead with five minutes to play and the move ultimately paid off when Smith scored in the corner. 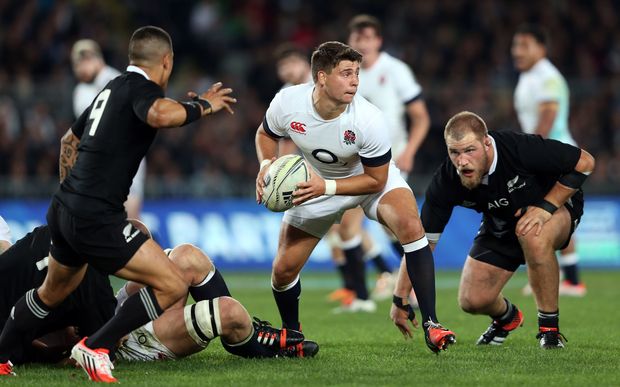