The newly-appointed administrator of retail clothing chain Postie Plus is confident that the business can be sold as a going concern.

After years of financial problems, Postie Plus on Tuesday appointed administrators because its bank has refused to continue to provide funding.

The company employs 650 people at its 82 stores throughout New Zealand and has been in breach of its banking covenants since before the beginning of 2013. 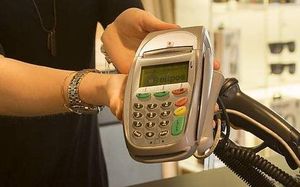 Voluntary administration freezes a company's finances in the short-term while the administrator and creditors work out their next steps.

Postie Plus stores will continue to operate as administrators Colin McCloy and David Bridgman from financial services firm PwC work with management and talk to creditors.

PwC says it is committed to doing the best it can for all parties to determine the best way forward. Mr McCloy told Radio New Zealand's Checkpoint programme on Tuesday he believes that there is a viable business to sell.

"Already we're seeing expressions of interest in the business, so we're just working through that quietly. I think what it's going to need is basically a fresh investor to come in and capital, and obviously some retail skills."

Most Postie Plus employees are represented by the First Union. Its retail secretary, Maxine Gay, says the decision to call in an administrator comes as no surprise as the company has struggled to deal with supply chain issues.

Ms Gay told Checkpoint workers are relieved the stores are still trading and that the co-administrator believes the company can be sold as a going concern, but staff are understandably very nervous.

"Our members support line has been running hot with people full of anxiety. They now have to kind of wait at least until the 12th of June in which time there has to be a creditors' meeting, and workers, of course, are creditors."

Postie Plus said that, despite its efforts to restructure the business and recent improvements to gross margin and market share, it has continued to make trading losses.

In March this year, Postie Plus said it expected to post a significant loss for the 12 months to 3 August, after losing $3.8 million in the first half. It had posted a $13.2 million loss the previous year.

The troubled retailer has been plagued by distribution problems which it has attempted for years to fix, first by moving its distribution centre from Westport to Christchurch and then to Auckland.

The company still operates the Postie Plus chain of clothing stores but has progressively sold its other businesses, including the SchoolTex school uniforms business and the Baby City chain.

Since it listed on the stock exchange in 2003, the company has owned a number of other now defunct brands, including Rendells womenswear chain and Arbuckles homewares stores.

Postie Plus has never flourished as a listed company - the shares having mostly traded below the $1 issue price. They last traded at 7.3 cents, valuing the company at just $2.9 million.

In a statement, Postie Plus Group Ltd chairman Richard Punter said the company had suffered a loss of market share and had continued to incur trading losses.

"The company's bank has been supportive through this period, but has decided it cannot extend its facilities further to cover ongoing losses.

"The board has made considerable efforts to recapitalise the company, attract a new major cornerstone shareholder, or to sell the company outright.

"The board has not been able to find a party to immediately inject a substantial amount of new capital. The board has therefore determined that the company cannot continue to carry on its business."

Mr Punter said the board had decided the best results for stakeholders could be achieved by appointing administrators. The business could then continue trading during the sale period so negotiations would be able to continue for it to be sold as a going concern.