Slain Auckland woman Blessie Gotingco would be happy at the way her community has rallied following her death in last week, her husband says.

About 2000 people took part in a candlelit walk on Saturday night in memory of Blessie Gotingco, who was killed in Auckland a week ago. 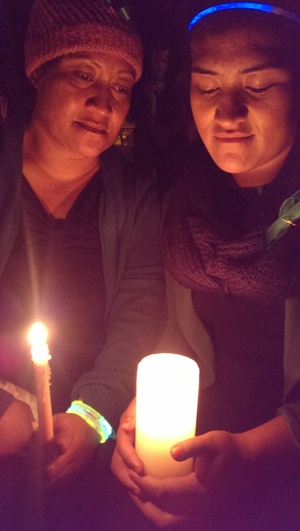 Mrs Gotingco went missing after catching a bus home from work last Saturday night, and her body was found in Eskdale cemetery on Monday.

Saturday night's memorial started at Birkdale Primary School, with members of the local community joining Mrs Gotingco's family to walk to the cemetery.

Once there, a kaumatua blessed the cemetery and people sang as 20 paper lanterns were released into the sky.

Mrs Gotingco's husband, Antonio, told the crowd at the start of the walk that he never expected so many people to show up.

"I never expected this size of a crowd. I think some of you are even coming from distant places," he said.

"Thank you very much. I am sure Blessie is watching us all and she is very happy."

Mr Gotingco said he was touched that many of those who had offered help were people he did not know.

Organiser Adrienne Brunton said the walk was a chance for the community to show Mrs Gotingco's family their support.

She said it was also an opportunity for residents to reclaim their community.

"Our main reason for being here ... is we want to light this place up. We want it to shine again and be positive in our community."

Birkdale resident Vevesi Kolai said she joined the walk to let the Gotingco family know the community cared for them and that they were not alone.

"It's a shock with what happened. I know that our community is always there for family and we are grieving, just as they are," she said.

"We just want to let them know that they're not alone, that we're always here for them."

Justine Ilustrisimo, who was from the same city in Philippines as Mrs Gotingco, said it was important for her and her family to pay their respects and show support.

"As a Filipino - or as an ordinary citizen from New Zealand - I think it's really important to support each other, and to pray for her family. Because I just can't imagine what they're going through right now - it must be so terrible."

Earlier on Saturday, prayers were said at a sports and cultural event in Pakuranga held to celebrate Philippines Independence Day.

One of the organisers of the event at Wakaaranga School, Glenn Veloso, led the prayers for Mrs Gotingco and her family during the opening ceremony.

Members of the Filipino community also prayed for the police and prosecutors as they seek justice.

While the prayers were being said, signs were held up which read, "Murder has no place in New Zealand" and "May you rest in peace, Blessie".

Filipino cultural group president Mel Libre said he hoped politicians would listen to the messages from his community. 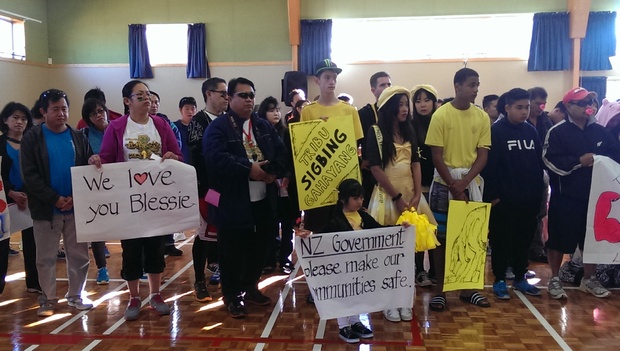