The family of Auckland woman Blessie Gotingco say she was the light of their home and they are lost in darkness without her.

A body believed to be that of the missing 56-year-old was found at a cemetery on Auckland's North Shore earlier this week, not far from her home in the suburb of Birkdale. 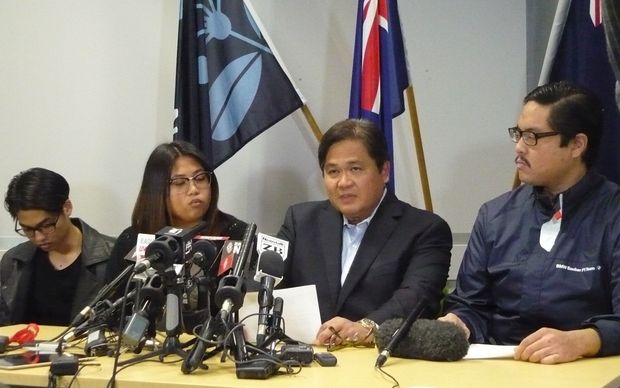 Mrs Gotingco went missing last Saturday night after taking a bus to Birkdale from her work in central Auckland.

Blessie Gotingco's family say they've been robbed, and she has been taken too soon.

Speaking publicly for the first time on Thursday, her husband Antonio Gotingco, daughter Bea and sons Vincent and John said they are incredibly grateful for the support they have received - not only from friends and neighbours, but from people they have never met from throughout New Zealand.

"She is the light of our home, and without her we will be lost in darkness. Right now, we are just trying to pretend that everything is okay, but deep inside we are broken-hearted."

Mr Gotingco said he can't describe how awful the past few days have been, the family is taking one step and a time and believe everything happens for a reason.

"Even here in New Zealand, which we consider a very safe place to live, probably the environment is changing. So in a way, I would also like Blessie to be remembered as a symbol that would probably help in preventing unnecessary crimes like this."

Mr Gotingco said his wife would be cremated at a private service next week. Police have still to officially confirm that she is the victim.

Father Craig Dunford from St Mary's Catholic Church is working with the family to arrange memorial services including a public requiem mass on 5 June.

A prayer service was held on Thursday at the local primary school attended by Mrs Gotingco's daughter.