The widow of the skipper of the Easy Rider fishing vessel which sank in Foveaux Strait in 2012, with the loss of eight lives, has been fined and sentenced to community service.

Gloria Davis was the sole director of the company that owned the boat and was found guilty in March this year of three offences under the Maritime Transport Act. 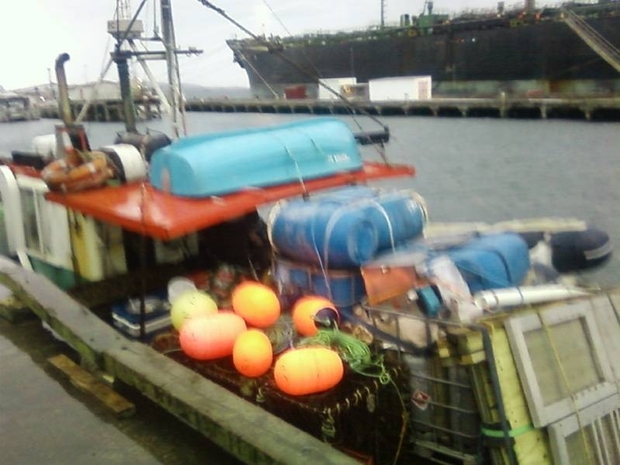 The Easy Rider as it prepared to leave Bluff. This picture was taken by a family member. Photo: SUPPLIED

On Tuesday at the Invercargill District Court, Judge John Strettell sentenced Davis to 350 hours' community service and fined her $3000. The company she was a director of, AZ1 Enterprises, was fined $204,500.

Maritime New Zealand said the sentencing should send a very strong message to the fishing community and those who are responsible for managing the safety of fishing operations. Director Keith Manch said it was only after careful consideration that a decision to prosecute Davis was taken.

But the mother of one of those who died believes no one should have faced charges and has spoken out in support of Davis.

"I want to meet up with her and give her a hug. She's gone through so much, she's lost so much. She hasn't just lost her son - she's lost everything. I don't blame her whatsoever - no way, it's not gonna bring anybody back."

Ms Topi said she was also unhappy with the fine imposed on AZ1 Enterprises.