South Canterbury farmers say they are becoming fed up with a "them and us" attitude when it comes to the conservation and management of waterways. 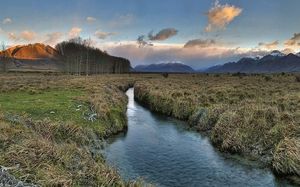 Hundreds of people attended a forum in Geraldine on Sunday night to debate the future management of freshwater in the region.

Irrigation New Zealand chairman John Donkers said the levels of nitrates being found in Canterbury waterways were a result of 25 years of farming under rules the industry has now moved beyond.

But some in the audience said land conversions for dairy farming should be forbidden until the region's rivers return to their natural state.

Fairlie-based dairy farmer Leonie Guiney said it was not fair for the public to blame the agricultural industry entirely for the levels of nitrates in the region's rivers.

Ms Guiney said farmers need better science to help them understand how nitrates move through soil and into waterways.