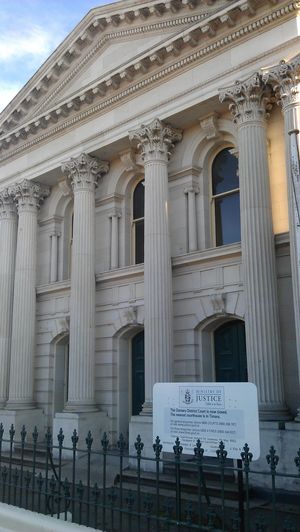 Courts minister Chester Borrows says the old Oamaru courthouse is too expensive to earthquake strengthen and could be put up for sale.

The 130-year-old building was closed in 2011 due to its high earthquake risk and all court hearings have been held in the Oamaru Opera House.

Mr Borrows said earthquake strengthening could cost up to $2 million and it would be more cost-effective to build a new courthouse.

Land Information New Zealand will take over management of the North Otago building and consult with Ngai Tahu about its options, which could include putting it up for sale.

The Law Society says the Government should have consulted the users of Oamaru's historic courthouse before getting rid of it.

The society's Otago president, David Robinson, said it was unsatisfactory that Oamaru's law professionals have not been involved, nor their concerns taken seriously.

Mr Robinson said a temporary courthouse being installed as a replacement could be cheap and nasty and compromise justice.