The Christchurch City Council has delayed a decision on the future of the Ellerslie International Flower Show, saying it needs more time. 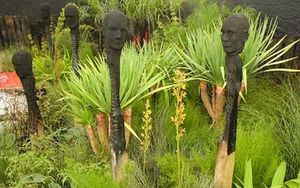 The future of the loss-making show hangs in the balance, with the council debating on Thursday whether to continue its funding.

Councillor Tim Scandrett on Thursday said more information was needed before a decision could be made, and the matter would be discussed at a council meeting on 28 May.

The annual show moved from Auckland to Christchurch in 2007 at a cost to ratepayers of $3 million.