The Office of the Auditor-General has criticised schools for wasteful spending on overseas trips and gifts for staff and warned that 19 others are in poor financial health.

The report on the audits of schools' 2012 accounts also says problems caused by the school payroll system Novopay added $1.5 million to the audit costs. 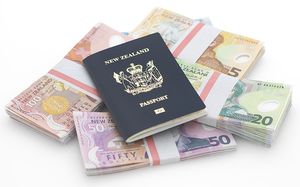 Auditor-General Lyn Provost said fewer schools broke the law with their spending than in 2011 and most made a surplus.

A fourth was criticised for spending $5120 on Christmas gift vouchers for staff from a business owned by the principal.

Mark Evans, the education section manager at the Office of the Auditor-General, said schools that send teachers on expensive trips need to remember they are using public funds and should make good decisions about how they spend their budgets.

However, Mr Evans said most schools are in a sound financial position.