Former Black Cap fast bowler Daryl Tuffey has spoke over allegations of match-fixing as the International Cricket Council launches an inquiry into how details of its investigation into match-fixing are being leaked. 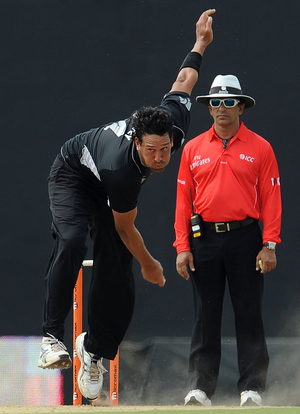 The fast bowler has been identified, along with Lou Vincent and Chris Cairns, as one of three New Zealand players being investigated by the ICC for possible involvement in match-fixing.

In a statement through his Sydney-based lawyer on Wednesday, Tuffey said he had yet to be presented with a single scintilla of evidence to substantiate any claims against him.

Tuffey said he is frustrated by the unsubstantiated attacks on his good name which have been levelled by a few self-interested individuals.

He said he would cooperate with authorities and is confident he will be cleared of any wrong-doing.

Former Black Caps fast bowler and now BBC commentator Iain O'Brien believes the true extent of match-fixing in cricket is yet to be revealed. He told Radio New Zealand's Morning Report programme on Wednesday the problem is bigger than most people can imagine and is on every continent.

Mr O'Brien said more New Zealanders are involved than anyone would like, even if that means just one player. He said it seems Vincent has given investigators a long list of names to look into. However, O'Brien said that statement was taken in 2008 and there has been no indication that the investigation is any further along.

In the past week, match-fixing testimony to ICC investigators from Lou Vincent and New Zealand captain Brendon McCullum has been leaked to British media. 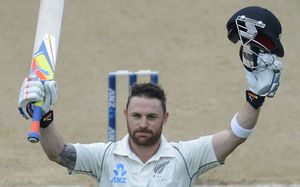 Brendon McCullum celebrates his triple century in the Test against India in February. Photo: AFP

The ICC has announced it will begin an investigation. Chief executive Dave Richardson said the ICC is not surprised that Vincent's evidence was in the public domain, as he had already let it be known he was cooperating with its Anti-Corruption and Security Unit.

However, Mr Richardson said he was very concerned over the leak of McCullum's testimony. He has spoken to the player, assuring him the ICC values his match-fixing testimony.

McCullum's lawyer Garth Gallaway said Mr Richardson called his client on Tuesday night in India, where he is playing in the Indian Premier League.

Mr Gallaway said McCullum is satisfied with the assurances, given there is nothing that can be done given his testimony is now in the public domain.

He said Mr Richardson told McCullum that the ICC supported him and that they valued the courage and integrity that he has shown in reporting the approach that he had received to fix a game.

Dave Richardson said the ICC wants to emphasise that McCullum is not under investigation in this matter. He said the testimonies from Vincent and McCullum were highly confidential and provided in tightly controlled circumstances. He said it is too early to assume that the leaks came from within the organisation - but if an insider is found to be responsible, they will be stood down.

McCullum arrives back in New Zealand on Thursday morning and is expected to speak to media in Christchurch.

Meanwhile, Chris Cairns denies he is the person who asked Vincent and McCullum to fix matches. Dave Richardson wouldn't explain why they haven't yet interviewed Cairns.

"In the course of investigations a number of people have been spoken to, Chris Cairns will be interviewed when the time comes, when it's appropriate, and when possible to do so."

Mr Richardson's explanation would tend to lend weight to suggestions the ICC appears to be trying to build a case against Cairns before talking to him.

An Australian international cricket umpire has little confidence in the International Cricket Council's ability to eradicate corruption from the game.

Darrell Hair umpired the Black Caps' games in England at the time Brendon McCullum says a match-fixer approached him in 2008. He told Radio New Zealand's Checkpoint programme on Wednesday he saw no sign of anything amiss during those two games, which New Zealand lost.

Mr Hair said he has little faith in the sports governing body's chances of cleaning up the game because the ICC claims it has limited powers. However, he said the England and Wales cricket board has successfully dealt with players thought to be acting corruptly and it is surprising the ICC has made little ground.

There is concern the image of cricket is taking a battering as accusations of match-fixing involving top players swirl around the sport.

Next summer, New Zealand and Australia co-host the World Cup, an event which will bring all of the world's top cricketers - and tens of thousands of supporters - to this country.

But Craig Dickson, a senior sport law lecturer at Auckland University of Technology, said match-fixing could destroy the integrity of the sport. He said people will stop watching if they can't be assured it is a genuine contest.

The TAB says the masterminds targetting cricket players to set up match-fixing spend years grooming their targets and use intricate means to trap them.

Media manager Mark Stafford said those who recruit others use social media to trap players into complex arrangements. "They use very sophisticated methods and they target people who will be vulnerable"

Mr Stafford said the best way to identify match-fixers is for them to be exposed by sports bodies and by the players who are approached.