Auckland paediatrician Jane Harding has been recognised for her outstanding contribution to child health. 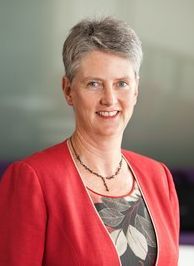 Professor Harding, the Deputy Vice-Chancellor of research for Auckland University, on Tuesday received the Howard Williams Medal for 2014.

She was the lead scientist in what became known as the "Sugar Babies" study last year, which showed that a cheap gel could be used on newborn babies to treat low blood sugar levels that might otherwise result in them being admitted to neonatal intensive care.

The university said her main interests concerned the interaction of nutrients and growth factors in the regulation of growth before and after birth, and the long-term consequences of treatments given around the time of birth.

The medal was presented at the Royal Australasian College of Physicians Congress in Auckland.

Professor Harding got her medical degree from Auckland University and trained in fetal physiology on a Rhodes Scholarship, completing her PhD at Oxford University in Britain.

She was appointed the Professor of Neonatology at Auckland in 1997.