New Zealand veterans are in Italy to commemorate the 70th anniversary of the Battle of Monte Cassino.

Thirty eight veterans will on Monday join Governor-General Sir Jerry Mateparae and Prince Harry at a ceremony in the Commonwealth War Graves Cemetery at Cassino. 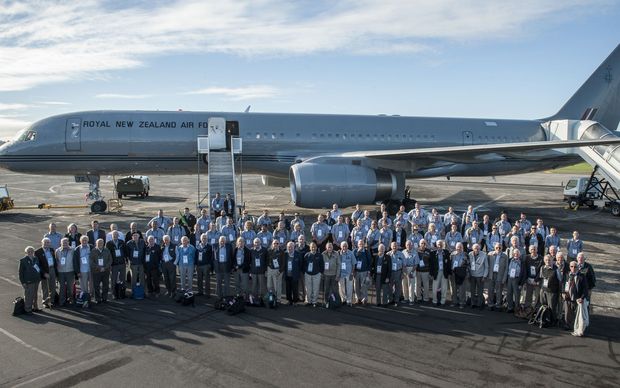 The veterans about to leave New Zealand with their medical support team on 13 May. Photo: SUPPLIED

The battles to take the central Italian town were some of the most brutal and deadly of World War II for New Zealand forces, nearly 350 of whom were killed there. Another 600 were wounded.

The eventual capture of Cassino from German forces was a key step in the Allies' progress towards Rome during the Italian campaign.

But he said it was thought the German soldiers were using the monastery to watch the allied forces, which is why it was destroyed.