About 100 people turned out on Christchurch's New Brighton Beach on Saturday for a rally against fossil fuel extraction, including deep-sea oil drilling.

The 'Hands Across the Sand' event coincided with other gatherings around the country and around the world aimed at promoting renewable forms of energy.

Siana Fitzjohn of Oil Free Otautahi, which helped organise the rally, said New Zealand was well set up to make the most of renewable energy and it was unfortunate the Government was committed instead to opening up the ocean floor and nature reserves for oil and gas drilling.

She said the group wanted the Government to change direction because it did not think fossil fuels were the future. 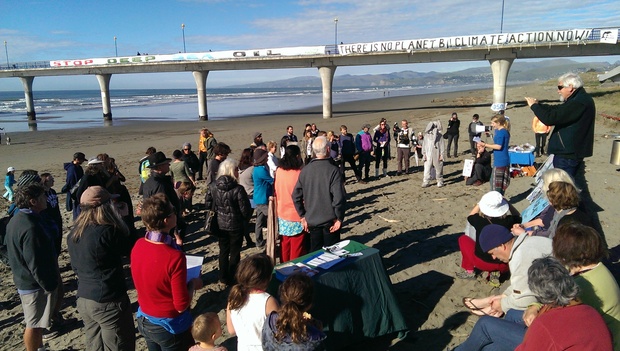