Police in Auckland are seeking the help of their Nelson counterparts to find a gang member wanted in relation to a major methamphetamine operation.

Eight people were arrested in Auckland and Nelson in early May as part of Operation Genoa which has targeted meth manufacturing and supply. The raids also led to the confiscation of more than $2 million in cash and $3 million in assets, including five houses, 15 cars, a 10-metre launch and gold bullion.

As part of the investigation, police want to speak to 44-year-old Terry Jones from Richmond, near Nelson.

The officer in charge of the investigation, Detective Sergeant John Sowter said it was likely someone in the Nelson area was harbouring Mr Jones, who is believed to be a Headhunters gang prospect.

He said Nelson police had carried out search warrants and were making general inquiries.

Mr Sowter said it was possible someone in the Nelson criminal community was helping Mr Jones to elude the police, and if that was so they too could face charges.

Mr Jones is Pakeha, with a distinctive strawberry birthmark on his left cheek. 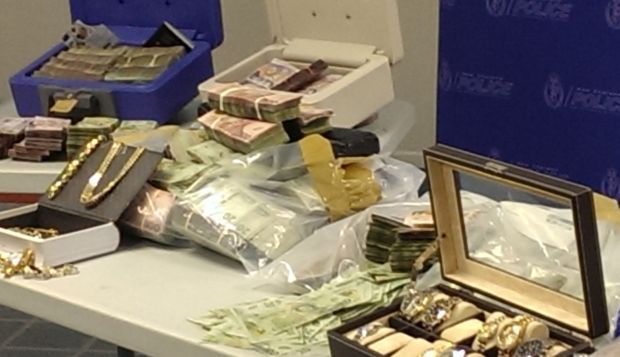 Some of the cash seized in Operation Genoa. Photo: RNZ