Parents at an Auckland primary school closed because of asbestos contamination are being asked whether they would like the school to stay closed for 12 months. 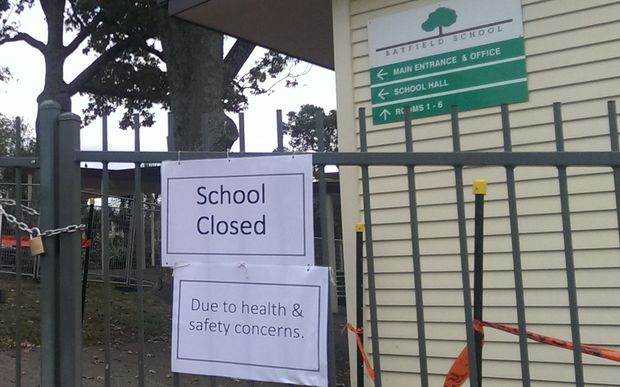 Auckland's Bayfield School, which is closed over concerns pupils could have been exposed to asbestos. Photo: RNZ

Bayfield School was shut last Thursday because of fears of asbestos contamination from demolition work taking place on the grounds.

Two of the 95 subsequent tests showed the presence of abestos outside a demolition site on the school grounds.

At a meeting with parents this week, a suggestion was made that the school relocate to another premises until the building work has finished - about a year away.

The board was now trying to gauge whether there was any support for that idea.