Auckland councillors are being advised to sell Queen Elizabeth Square at the bottom of Queen Street to a property developer. 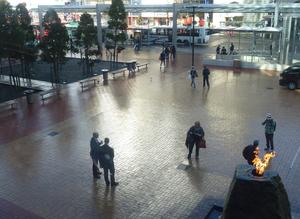 Precinct Properties already owns all the buildings around one side of the square and said it would provide rooftop space for the public on a three-storey building it proposed building on part of the site.

The re-development has another element, as the route of the proposed downtown rail tunnel will run under the site, and could become the first section of the project to be built.

Auckland Council staff described the square as an under-used and poorly performing city space which would be improved by the proposed development.

Councillors will on Thursday consider whether to give the nod to pursuing the deal, and how the council might use any proceeds from selling the square.