A coroner has ruled the death of an Australian tennis coach in Hamilton last year was a tragic accident.

Paul Arber, who was 38 and from Melbourne, disappeared while in the city with a team of young tennis players.

His body was found in the Waikato River five days later. 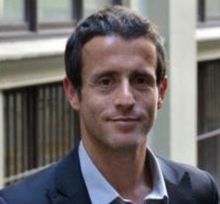 Mr Arber was seen by two people on the evening he disappeared in mid-December standing waist-deep in the river and he told them he was trying to be free.

He climbed out of the river but a short time later was seen heading back.

Coroner Wallace Bain said Mr Arber had become spiritual before coming to this country and had also become a vegan. His parents believe he had planned to meditate in the river, not knowing it had treacherous undercurrents.

Dr Bain says there's no indication Mr Arber was thinking about taking his own life.

Mr Arber's parents told the Coroner they believe signs should be erected next to the river warning people that it's dangerous to swim there.

The Hamilton City Council says a review of signs is planned.