New Plymouth hosted the Chiefs on Friday, in the first Super Rugby game there since Taranaki ditched the Hurricanes.

The Chiefs beat the Blues 32-20, scoring four tries to the Blues two.

The Taranaki Rugby Union decided last year to leave the Hurricanes and join the Chiefs with the offer of more games at Yarrow Stadium. 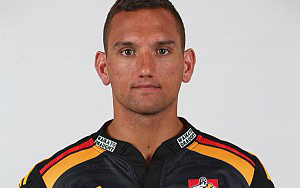 The Chiefs had been in Taranaki since Wednesday to promote the game.

Coach Dave Rennie said it might take a while to win Taranaki fans over.

"There's obviously some loyal Hurricanes fans in Taranaki and they may never change their allegiance. The Hurricanes have gone there twice in seven years but we're going twice in one year, so hopefully that will mean we will earn some respect."

Taranaki decided to move to the Chiefs after being a part of the Hurricanes franchise area since the inception of Super Rugby in 1996.

New Plymouth will also host a match against the Waratahs this season, and two matches will be played there in 2015.

Taranaki chief executive Mike Collins had said the Hurricanes had offered to stage only one game every two to three years in Taranaki, a claim that was denied by the Wellington-based franchise.

The other unions that make up the Chiefs' franchise are Waikato, Counties Manukau, Bay of Plenty, King Country, Taranaki, and Thames Valley.