Former Lombard Finance director Bill Jeffries is not apologising to investors who lost money because he does not believe he did anything wrong.

The convictions of Jeffries and three fellow Lombard directors for making false statements in a prospectus were confirmed by the Supreme Court on Wednesday, but their home detention sentences were reduced to fines and community service. 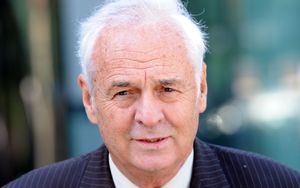 Jeffries, a former Minister of Justice, said he was sorry Lombard investors lost money, but he had pleaded not guilty and still believed that plea was correct.

"Apology is an acceptance that there was a wrong done. I pleaded not guilty and I must stay consistent with that. It was within the realms of reasonable conduct at the time."

He was sorry about Lombard's losses but more than 50 other companies went under and a wider investigation into the collapse of the financial sector in 2008 was needed.