New Zealanders have joined fast food workers in the United States, who are going on strike as part of an international push to make the big chain restaurants raise wages and respect workers' rights.

Campaign leader for the Unite Union, Taylor McLoon, who works at an Auckland branch of McDonald's, is in New York for the first-ever global meeting of fast food workers. 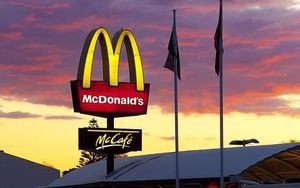 She was at a protest on Thursday where fast food workers announced their intention to walk off the job next week, with major protests in 33 other countries.

Ms McLoon says like their fellow fast food workers in the United States and around the world, New Zealanders struggle with low wages, insecure hours and poor conditions.

"So we're showing both solidarity with fast food workers in the United States and around the world, and also showing McDonald's they should be improving their conditions in New Zealand as well."

Ms McLoon said McDonald's workers in New Zealand can't legally strike because they're under a collective contract, however union members will hold a protest on 15 May outside McDonald's head office in Auckland.

A McDonalds' spokesperson says the company reached an agreement with Unite union last September, which included changes to the wage rates.

In 2008, the Employment Relations Authority ordered a compensation payment of $15,000 be paid to a former McDonalds employee after she was constructively dismissed after joining a union.